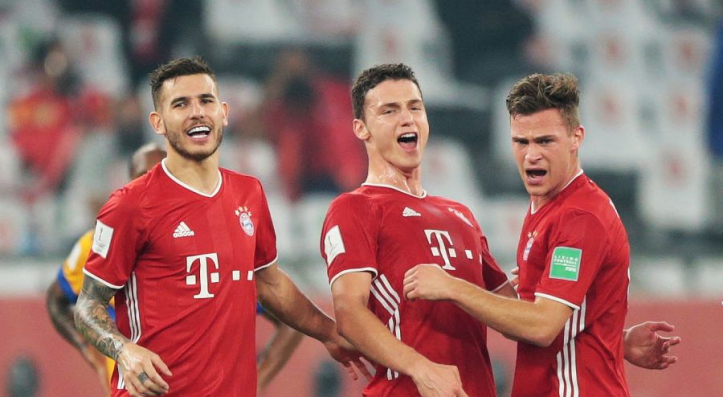 Bayern Munich are now the reigning champions of six competitions after beating Tigres 1-0 in the Club World Cup final.Benjamin Pavard’s 59th-minute goal, initially ruled out for an offside against Robert Lewandowski, was enough to see off the Mexican side Tigres, but it wasn’t vintage Bayern.They struggled to break down a determined Tigres backline, but Pavard’s strike ensure victory for the current Bundesliga leaders.Bayern Munich 1-0 Tigres: Player Ratings, Match Stats, Player StatsSo which players stood out in Qatar?✔️ GOOD PERFORMANCEAlphonso Davies: 8.0 The Canadian left-back put in the type of display we’ve become accustomed to seeing from him.Against Tigres he completed three dribbles, took one shot, completed 91% of his passes, and took 105 touches, a match high.On the defensive side of things, Davies completed three tackles and two interceptions, coupled with 11 duels won and 10 recoveries.❌ BAD PERFORMANCELeroy Sane: 5.9It was quite simply not the ex-Manchester City man’s night.Stationed on the right wing, although he completed two dribbles, all four of Sane’s shots were off target, including an effort that hit the woodwork in the first-half, and he completed just 78% of his passes.He took less touches (44) than Tigres goalkeeper Nahuel Guzman (60), and lost possession 13 times.⭐ STAR MANBenjamin Pavard: 8.1 Bayern’s hero, Pavard saved the side from a humiliating defeat with his second-half strike.The French right-back obviously scored the crucial goal, held an 89% pass accuracy and made three interceptions.He wasn’t required to defend too often, but when relied upon, he did it expertly, and his one shot turned out to be the winner.Bayern Munich 1-0 Tigres: Player Ratings, Match Stats, Player Stats