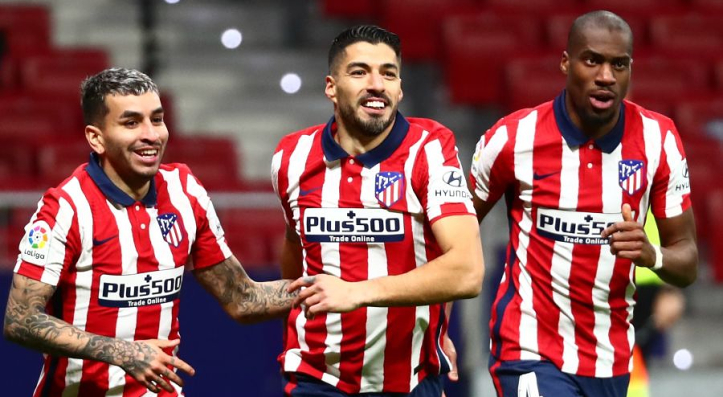 Atletico Madrid took a small step towards the Primera Division title on Monday as they draw 2-2 at home to Celta thanks to a double from Luis Suarez.It was very nearly typical clinical performance from Diego Simeone’s men, who had former Barcelona and Liverpool striker Suarez at his best as they moved to within a hair of the win as he scored either side of half-time after Santi Mina had put the visitors into the lead.Celta, however, hit back late on to give Barcelona and Real Madrid a glimmer of hope in the title race.Here’s how Suarez’s game panned out.Atletico Madrid 2-1 Celta Player Ratings, Match Stats, Player Stats📷 Luis Suarez: Match SnapshotIt was a frustrating start to the game for Atletico Madrid as they struggled to make inroads after Santi Mina dived to head the visiting side into the lead. As half-time approached, they had not even managed a shot on target…⚽ ⏱️ 45′ Marcos Llorente finds space on the right and delivers a wonderful pass towards Luis Suarez. Rushing towards the visiting goal, he slides to covert with his right foot. It’s a big turning point in the game.⚽ ⏱️ 50′ This time the danger comes from the left. Geoffrey Kondogbia finds Lodi, whose low cross along the six-yard box is met by the unmarked Suarez.Even his efforts, though, were not enough to stop Celta snatching a late leveller through Facundo Ferreyra.〽️ Luis Suarez: Rating Week-on-Week✔️ IMPROVEMENTSuarez is currently one of the most in-form strikers in the world game, yet his 8.3 FC Rating is still the best he has managed in 2021. Seven goals in his last four games and 11 strikes in his last nine outings means that he is consistently scoring well, though.🗝️ Key Stats Luis Suarez match statsStatisticValueNotesFC Rating8.1Man of the MatchMins Played90Goals2Shots2Rank #1Shots on Target2Rank #1Touches in the box6Rank #1Suarez: What Next?Suarez’s form can scarcely get any better and is one of the chief reasons that Atletico Madrid are eight points clear at the top of La Liga. Trips to Granada and Levante follow next week, with the side from Valencia visiting the capital three days later after the midweek match. All Suarez can do is work to maintain this incredible scoring streak.Luis Suarez: Player Statistics, Career Stats and PositionAtletico Madrid 2-1 Celta Player Ratings, Match Stats, Player Stats