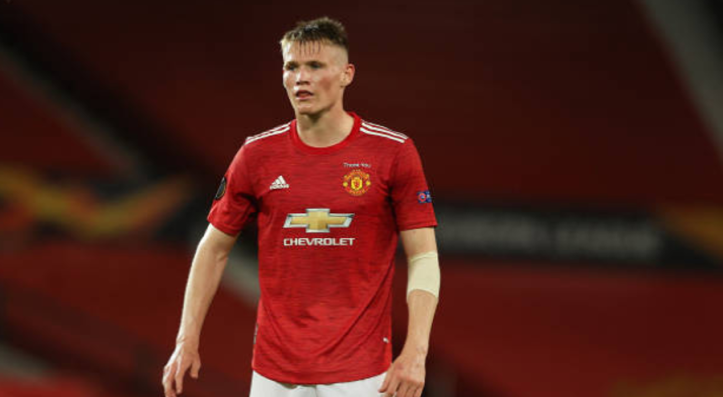 Man Utd failed to move level on points with Man City at the top of the Premier League after drawing 3-3 at home to Everton thanks to a last-minute goal from Dominic Calvert-Lewin.With Man City taking on Liverpool on Sunday, United had the opportunity to close the gap on their city rivals before their next game, and they didn’t take the chance as they dropped two points.Man Utd v Everton: Player Ratings, Match Stats, Player StatsSo which players stood out most?✔️ GOOD PERFORMANCEBruno Fernandes: 7.7Man Utd enjoyed a lot of the ball in the first half and duly earned a deserved goal through Edinson Cavani.Things has quietened down slightly as the second half progressed, but Fernandes ensured Everton went into the break on the backfoot as he made it 2-0 with a quite glorious whipped, dipping strike into the top left corner.He had 78 touches of the ball, and sent 26 passes into the final third, too.It was a fairly pathetic attempt at a challenge.❌ BAD PERFORMANCEDavid de Gea: 4.8Man Utd were comfortably in the game coming out in the second half, but suddenly Everton were given a boost early after the break following a mistake from De Gea, in which he weakly palmed the ball out from a cross straight to the feet of Abdoulaye Doucoure.In the last minute of the game, with the three points close to being in the bag, De Gea failed to come out quickly off his line and confront Calvert-Lewin for Everton’s climactic third.⭐ STAR MANScott McTominay: 8.0McTominay is slowly becoming one of Man Utd’s key men in midfield and that is mainly because he is starting to add goals to his game.The home side looked to be a bit shellshocked after Everton brought things back to 2-2.But, McTominay would prove to be the match winner as it was his glancing header into the bottom corner which restored Man Utd’s lead.His passing in midfield was also excellent, as he completed 65/70 balls to team-mates and won 5/7 duels.Man Utd v Everton: Player Ratings, Match Stats, Player Stats